The dawning of an era of legalized sports betting in California is on the horizon, with one and possibly multiple wagering initiatives making their way onto the 2022 November ballot.

That means the largest state in the country could join 33 others, as well as the District of Columbia, in having legal wagering within its boundaries, which is a tantalizing prospect for industry personnel.

Multiple estimates pin the California sports betting market potential at around $3 billion per month by the time it reaches maturity — which would nearly double the national handle record of $1.6 billion set by New York in February.

BetCalifornia.com chatted with Brendan Bussmann, who has served as a partner and director of government affairs for gaming and hospitality consulting firm Global Market Advisors since 2015, about California’s road to legal sports betting, its market potential and more.

Below is a transcript of that conversation, edited for brevity and clarity. 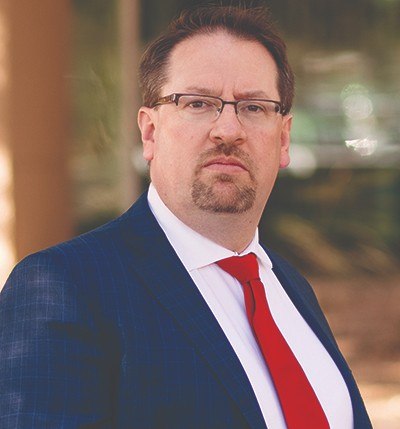 BetCalifornia.com: What are your expectations for the fall initiatives that look like they're going to be on the ballot and the kind of market potential for the state of California?

Brendan Bussmann: I would say this, there's a lot of game still to be played in California. And we have yet to determine what the ballots will look like. We know that there's one (initiative) which is the land-based tribal casinos and historic horse tracks one. And then we have to see if the other two qualify. At this point, if I was a betting guy, which I am, I would say probably we're going to have two ballot measures.

The one that's led by the industry will be the other one that qualifies and then the existing one that's already qualified. And then we have to go to ballot and see what it looks like in November with the voters of California.

BetCalifornia.com: Let's say either of those initiatives pass. What kind of market potential do you see for California, versus let's say, New York, which has been the golden standard in the betting industry since it came online?

Bussmann: I think, obviously, there are a lot of parameters of what we could or couldn't see in California, and, obviously, we have two distinctly different models that are proposed, potentially.

One is land-based, which obviously, while there are a lot of tribal locations throughout the state, would limit the potential of what we've seen with mobile sports betting in other markets, like New Jersey and Indiana, and even New York, even though New York has its own conundrum, based off the tax rate, along the way to be able to do that.

And so, it depends on what the voters are going to approve. Obviously, I've seen polling sort of all over the place. I will tell you I wouldn't want to go into anything that I’m under 50%, in this ballot race. Otherwise, it's going to be really expensive to win over the hearts and minds of voters.

BetCalifornia.com: If you’re a DraftKings or a FanDuel, take me through what your main motivation is in getting sports betting across the finish line as soon as possible in a state like California?

Bussmann: Obviously, I would say there’s a push by the industry, across the way, to get (sports betting) across the finish line in every state, not just California. But I think what we've learned, and I've used New York as the example of sometimes — that you don't always get what you want.

You’ve got to make sure it's a good market where you can actually do what you need to do to survive. Obviously, California’s initiatives aren’t as egregious as the tax rates in New York. But bringing on one of the four big players in sports betting, and in the market would be everybody's desire, not just DraftKings or FanDuel, but obviously also the tribes.

BetCalifornia.com: Could you give me some sort of sense of which one of the two California initiatives that have either qualified or are about to qualify for the ballot have the best shot at passing in November?

Bussmann: I don't want to sound like I'm giving the political answer, but it depends on the race. I think it depends on where voters are at, regarding if they want to see how much they support mobile or support the tribes which is basically what that comes down to. And it depends on the campaigns that are being run.

I mean, I can see effective campaigns run, where not only one wins, but both win. And when I say one wins, it could be one or the other. But then if both were to win, then I think it becomes a case of who gets more votes. And, as we've seen with other elections around the world, it can come down to one vote.

BetCalifornia.com: For those of us that have not lived in California, or maybe aren’t as familiar with the market, take us through who some of the power players are with these initiatives and who has the inside track, in terms of name-brand recognition and other elements that might click with voters this November?

Bussmann: First and foremost, it's the tribes. They're the hometown team. They're always going to have stature in that state. They're the ones that have been there for years. And the question becomes, and those of us that have been around the industry for a while know, roughly about 10 years ago, (California) tried to do iGaming. And what happened when that tried to get passed, they ran into a buzzsaw.

And we still don't have iGaming in California today. Ten years later, it's a different world. It's a different political environment. But that's to say the tribes still are the hometown team.

Now that said, you do have a powerful interest as well, in sports betting operators that operate, not only within the U.S., but also on a global scale in what they're doing. So, they've proven in other states, they'll do what it takes to spend money to get their initiative across the way and it would be hard pressed to see that they wouldn't try to do the same in California considering the opportunity for revenue down the road.

BetCalifornia.com: What kind of impact would California sports betting have on neighboring states, like Arizona and Nevada, which now have established sports betting?

Bussmann: I think everybody thought the death of Nevada would happen time and time again, when it came to sports betting. But we've seen record revenue off of sports betting this fall. I don't see a dropoff per se. Because those visitors from California are still going to come here on weekends for events, they're still going to come here to escape California. They're just going to have the convenience of sports betting either on their mobile device or at their local tribal casino.

BetCalifornia.com: A recent University of California poll showed that 45% of Californians supported sports betting in some form, versus 33% that said they wouldn’t. Do those percentages surprise you at all?

Bussmann: Well, I look at that as a general ballot test. Where are people at? What will they do? You know, where the devil in the details comes in, is when you start doing the push and pull of the positives and the negatives about each of the proposals, assuming there's more than one on the ballot.

You still have other stakeholders, like the card rooms, and some of the other people that pitch the other ballot initiatives that I believe at this point are dead on arrival, as it was when they all got introduced. But you've got to survive the death of 1,000 cuts, as I always like to say in campaigns. If you're successful at the end, you win.

BetCalifornia.com: Could you take me through what are some of the things to watch for in the next few months, when it comes to the 2022 election in California?

Bussmann: I think first and foremost is what else qualifies, which we will know that later this spring. Then it's how quickly do we start the race? You could see stuff starting well earlier than that, because you already have people out trying to stop some of these initiatives from getting on the ballot.

And then obviously, how the rest of the political landscape plays out. I will tell you in politics, as we sit out here, six and a half months from the election, that’s an eternity. And so, there's a lot of ball to be played, but we'll see what happens the first week of November.

BetCalifornia.com: Is there anything else you’d like to discuss?

Bussmann: There's a lot of games to be played here. It will be an exciting race to watch. And, you know, let the fun begin.

Which Los Angeles Clippers Will Make the 2023 NBA All-Star Game?

Will Any Sacramento Kings Make the 2023 NBA All-Star Game?

Cited by leading media organizations, such as: